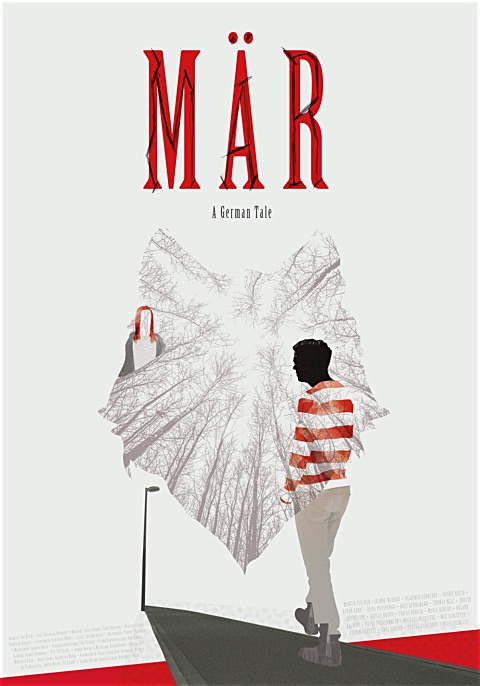 In dystopian Germany - just a breath away from our current reality - the return of the wolf triggers a mysterious fascination among the citizens. When journalist Leo Bernstein sets out to investigate, he gets drawn into a long-forgotten fairy tale that places him in great danger.

Journalist Leo Bernstein travels from Vienna to the Ruhr district where allegedly wolves were seen again. He tries to find out why the return of this wild animal seems to exert a disturbing power of attraction over many citizens. Coming up empty-handed in his research, more and more fragments of a fairy tale come to his mind though and ultimately take hold of him. They tell of a young handmaid who once gave birth to a wolf emanating mortal danger to its surroundings. In order to protect the population the handmaid seeks help from a stranger. She asks him to go into the woods to see her son and sacrifice himself for the good of the people. Still nursing the emotional scars of a car accident obtained at the onset of his journey, Leo begins to lose touch with his body and cedes all contact with his former life. As the fairy tale turns increasingly realistic it leads Leo dangerously close to the fears and longings marking the return of the wolf.

MÄR is the result of a lengthy cinematic examination of Germany - a country I have often tried to break away from, but a place I always return to.

I believe that the landscape in which we live influences our state of mind. People from all cultures have always developed sensory impressions taken from their surrounding landscapes and channelled these impressions into pictures, fairy tales, songs or dances. In this way it has been possible to develop an on-going exchange with the environment. Over the course of history, and in Germany particularly, these facets have lost their innocence. During the "Third Reich" traditional, folkloric elements were misused for propaganda purposes and horrible crimes were linked to old German songs and symbols. The irrational character of many fairy tales and legends as well as the collective, intoxicating state of mind which can be caused by popular songs and dances have also, quite rightly, fallen under suspicion. Ashamed and frightened, we have discarded these aspects as we would an old coat.

But not everyone can deal with the resulting void. In a world ever more threatened ecologically, many people long to experience nature and they suddenly feel disoriented in their own homeland. These uncertainties and fears can, in turn, shift towards nationalistic and xenophobic tendencies, the current resurgence of which worries me to an extreme degree.

So, what can be done? For several years I have tried to reconnect with the landscape. The result is MÄR. It is what you might call a self-experiment. What happens if I repeatedly spend a long period of time in a certain environment? What kind of story will nature generate within me, what kind of characters will appear in the story? What would be the central conflict, where would the journey lead? As the title suggests, MÄR tries to trace and reproduce the original process of creating a fairy tale. On the one hand, the fact that the story is told in a non-linear fashion and that there is no moral to be found at the end - which we all know is the norm for fairy tales - is down to me. On the other hand, the essence of the landscape of the Ruhr area, which is contradictory and complex in nature and was chosen specifically because of the intensive crossover of wilderness and civilization, may have contributed to this.

In MÄR people have already reconnected with their surrounding landscape. They inevitably find themselves confronted with ancient, traditional elements that always turn out to be two-faced or hypocritical. Especially the wolf, no doubt the most eerie and bloodthirsty of all the German fairy tale creatures, who takes back possession of the wasteland. The wasteland both external and internal. People oscillate between fear and fascination. They do not succeed in combating the dangerous charm of the primordial, which has re-awakened in their minds, with wisdom and reason. Disaster looms.

What would have to happen for us to find an appropriate way of dealing with these aspects, so that no person is never harmed again? It is not my intention to find quick answers in MÄR, but I do wish to create a space for the question to develop. This is a question which, for me, is essential. If and how this resulting space can be filled, depends on each individual viewer.